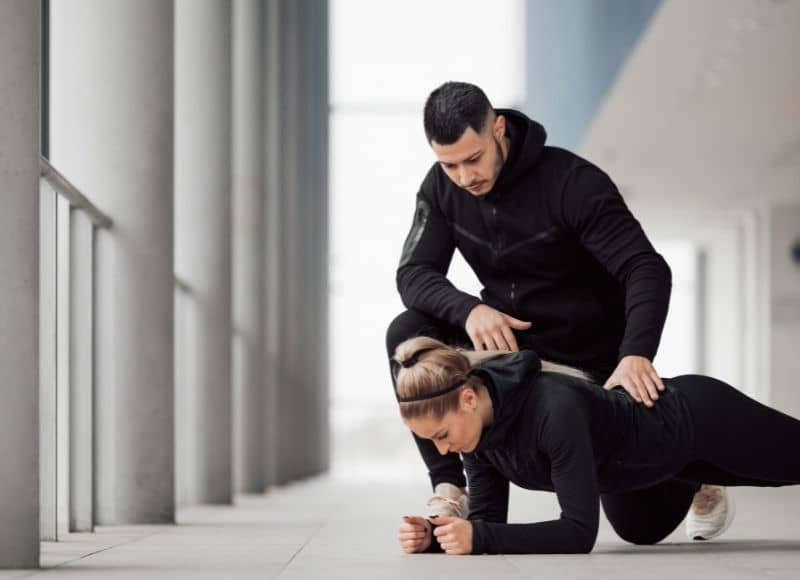 You’re a coach, a trainer, an influencer. So let’s be honest, you’ve probably got major attitude. Don’t get me wrong – people need that. They need to be inspired by someone with an attitude that says they can succeed, they can win.

Having a “winning attitude” is not an issue. It’s which one you have. You’ve probably noticed that some people absolutely love your attitude – they really perform under it, they put in the work, and they get real results. This success isn’t simply because you had a “winning attitude.” It’s because you had the attitude that wins for them – the one that allowed them to win.

This is where precision and personalisation are essential. Everything in your client relationship must be personalised to their biology – not just for their body, but for their mind also. People are literally wired to view and pursue success and achievement in totally different ways.

This isn’t a vague “mindset” thing that can be “trained” or “copied.” It’s neurochemistry. Different brains create differing levels of hormones that feed different reward pathways. These rewards are triggered in very different conditions. What triggers reward in one brain can literally trigger alarm in another. A condition that motivates continued behaviour in one brain will signal another to stop. We know this from the sciences of personalisation.

No amount of firing someone up with a “winning attitude” will change their natural brain function. In fact, it will cause more harm because it will reinforce their experiences of “failure.” There are 3 major attitudes that are commonly thought of as winning – but which actively set some people up to lose.

Major Tip: Most of the people who are struggling with weight loss, fitness, or general motivation are precisely the kinds of bodies and brains that these “winning attitudes” fail for.

The 3 Major “Winning Attitudes” That Literally Make Some People Lose:

I know you’ve seen this one. Push through, feel the burn, it’s worth it, just smash it out, you’ll win so hard at the end of this. No, they won’t. They might complete the session or task. But do they actually feel like they’ve “won?” Is their brain releasing reward hormones that settle and affirm them for what they just experienced? For some people, no, not really. Their brain is in stress mode, but it’s not just from the intensity or difficulty the task. It may well have been within their capacity to achieve that session / set / activity. But their mind is stressed from the emphasis on the experience of pain and pressure to perform.

For brains that are wired to be naturally averse to risk, or highly sensitive to threat, this turns the whole experience into actual perceived pain and actual perceived stress. It’s not “a good burn” for them at all. And as long as the “no pain no gain” attitude is used, it will never be good for them.

This one is popular, because it feels like a softer approach. In a way it is, especially compared to the first one. But still, for some people, it’s too hard. Rather than relieving pressure, which is the intention of this attitude, it actually adds pressure. It adds a pressure of needing to act in a way that their brain and body perceives as selfish. And so, their brain and body does not reward them for it. They don’t lose the weight, they don’t feel sustained. These brains are more sensitive to the reward of hormones that come from caring for and connecting with others, hormones like prolactin and oxytocin.

Doing something that not only puts physical pressure on the body, like exercising, but also burdens them with a psychological pressure that seems like selfishness – this is not a recipe for sticking at it. And the more they are pressured that they should be doing it for them, the less they can push through, because it’s just not an attitude that is wired into them at the level that they can really draw upon to keep at it.

Thanks Nike, we all definitely know this one. For some people, just jumping in, giving it a go, not thinking about it = failure. Failure, because they probably just won’t start. They will find every reason under the sun to not start. They might do the “soft start” where they dabble just a little, but back off and disappear when they need to really do it. These are people who are wired to not do something unless they feel ready and comfortable, doing it in their time and space.

This can seem utterly counterintuitive when we’re trying to get people to actively get uncomfortable and create change. But actually, some people have a biological imperative that they feel comfortable. Even when they’re doing something challenging. The “just do it” attitude does not make them comfortable – at all. And it never will. So it will never make them change.

So what attitude DOES win for your client?

It’s personal. You need to know how their brain and body is wired to win. What is their natural brain function and how do you leverage that to help bring them to success?

How do you know how someone is wired?

The Shae™   suite of apps gives you all the data. You are trained in the interpretation and application of this data in the only industry leading courses in precision health application. Sign up now for the next PHA course to know what attitude will win for your client.